Powerful women have too often been overlooked by history. Of course we know about Boudica, Cleopatra, Elizabeth I and Catherine the Great. But there are many others whose stories are just as dramatic and deserve to be better known, such as Wu Zhao, who poisoned the crown prince and became the first and only female empress of China, or Razia of the Delhi sultanate, who killed her opponents to establish herself as the first female Muslim ruler of the subcontinent. And then there’s Kösem, married to the Ottoman sultan Ahmed I, who exercised power for decades, had everyone who stood in her way strangled, including her own son, and suffered the same fate herself, possibly by means of her own hair.

On December 13 Intelligence Squared welcomes the acclaimed historian Simon Sebag Montefiore, author of the new book The World: A Family History and the historical novelist Kate Mosse, whose latest publication is Warrior Queens and Quiet Revolutionaries: How Women (Also) Built the World. In conversation with historian and broadcaster Kate Williams they will discuss great women from across the globe and the whole span of human history – how they gained power, how they wielded it and how, given that it was largely men who wrote history and often distorted it to suit their own ends, we can establish the truth about these women and celebrate their contribution to the human story.

Praise for Simon Sebag Montefiore’s The World: A Family History

‘A staggering achievement. Montefiore has given us a tremendous gift: a pulsingly readable world history through the millennia and from one end of the globe to the other.’ – Simon Schama

‘A tour de force – hugely ambitious, erudite and filled with surprises – that puts the family and families back into the heart of history.’ – Peter Frankopan

‘One brilliant woman writing about so many other brilliant women, this is a wonderful treasure chest of women’s lives, full of wit, verve and emotion . . . Epic, unputdownable, gripping. I loved it.’ – Professor Kate Williams

Book bundles include one ticket for the online debate, plus a paperback copy of The World by Simon Sebag Montefiore  with free UK P&P. Books will be posted within 1-2 weeks of the event finishing. Click here to purchase a book bundle. 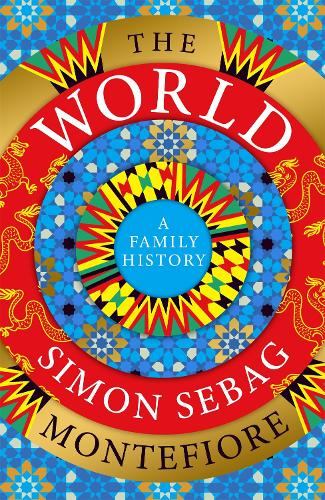 Book bundles include one ticket for the online debate, plus a paperback copy of Warrior Queens & Quiet Revolutionaries: How Women (Also) Built the World by Kate Mosse  with free UK P&P. Books will be posted within 1-2 weeks of the event finishing. Click here to purchase a book bundle. 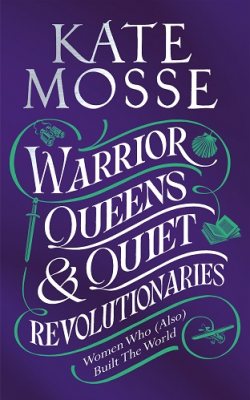 You can get access to this event and many more by subscribing to Intelligence Squared+ from just £14.99 per month.

Or you can purchase access for this event only:

Prizewinning historian whose latest book is The World: A Family History

Prizewinning historian whose bestselling books have been published in over forty-eight languages. He has won prizes for both fiction and non-fiction: Catherine the Great and Potemkin was shortlisted for the Samuel Johnson Prize and is being developed as a feature by Angelina Jolie. Stalin: The Court of the Red Tsar won the British Book Awards History Book of the Year Prize. Young Stalin won the Costa Biography Award (UK), the LA Times Book Prize for Biography (USA), Le Grand Prix de la Biographie Politique (France) and the Kreisky Prize (Austria).

Award-winning novelist, playwright, essayist and non-fiction writer. She has written nine novels and short-story collections, including the multimillion-selling Languedoc Trilogy, The Joubert Family Chronicles, number one bestselling Gothic fiction The Winter Ghosts and The Taxidermist’s Daughter and the highly-acclaimed memoir An Extra Pair of Hands. She is the Founder-Director of the Women’s Prize for Fiction, and the Founder of the global #WomanInHistory campaign. Her latest book, part detective story, part family history and part dictionary of 1000 women missing from history is Warrior Queens & Quiet Revolutionaries: How Women (Also) Built the World. She is currently preparing a theatre tour for Warrior Queens & Quiet Revolutionaries for spring 2023 and working on the third novel in The Joubert Family Chronicles, a historical crime thriller set in 17th century France, Tenerife and South Africa for publication in July 2023.

Professor of history, author and broadcaster, the author of ten books, most recently on Mary Queen of Scots.

Historian and broadcaster. A specialist in modern history, royal and constitutional affairs, she is Professor of Modern History at Reading University. She was the co presenter of BBC 2's RTS nominated Restoration Home and has presented and contributed to many historical shows on TV, including her BBC Two Young Victoria and the BBC One show on VE Day and and has talked on shows from The Great British Bake Off to the history of TV election coverage. She is the in-house historical analyst for CNN, providing expert commentary for news and events such as the D-Day anniversary, the commemorations of the Holocaust atrocities and the funeral of the Queen.